I don't normally make political comments on my blog but this stuff is just to silly.

This guy is a goober. But let's play Devil's Advocate so to speak, the guy is an avowed agnostic, so how does he have any legal standing. I mean if you are not sure whether or not the defendant exists how can you sue him?

But beyond that this is just stupid. Have you ever heard of the term shooting yourself in the foot? I don't understand. He says he wants to prove anyone can sue anyone for anything. Isn't that the problem?

Next we have this little item about Senator Clinton. Seems the Senator thinks it would be a good idea to "require all Americans to get health insurance". Yeah that worked so well with auto insurance. Premiums went down, yada, yada, yada. Give me a break.
Posted by Kim at 7:04 AM

Crazies... that's what they need to be labeled in my humble opinion :o)

Plus, don't you love how our tax dollars are being used in this lawsuit against God? When we all know that God rules it all anyway :o) 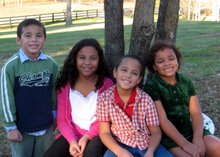